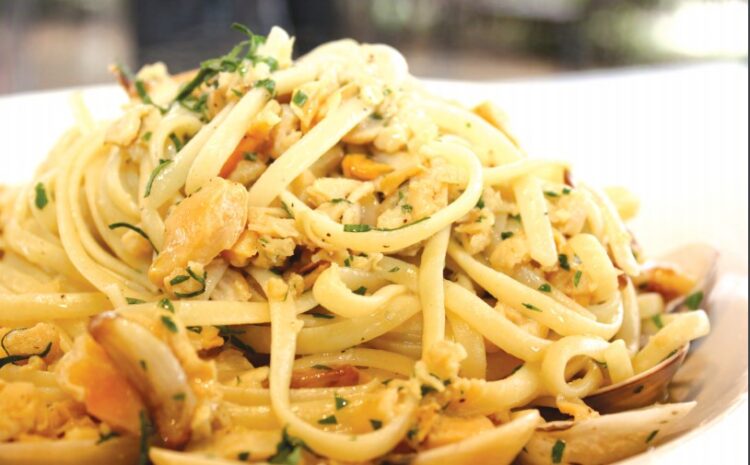 Despite the first real mention of the Italian staple dating back to the 13th century, today pasta is one of the world’s most popular foods. It’s versatile, convenient, and satisfying – and there are so many different types to choose from…

Both dried and fresh pasta come in a number of shapes and varieties, with 310 specific forms known by over 1300 documented names. In Italy, the names of specific pasta shapes or types often vary by locale. For example, the pasta form cavatelli is known by 28 different names depending upon the town and region. Common forms of pasta include long and short shapes, tubes, flat shapes or sheets, miniature shapes for soup, those meant to be filled or stuffed, and specialty or decorative shapes.

We all know the feeling of standing in the middle of the supermarket aisle, overwhelmed by how much choice there is. Because they’re all the same, right? Well, whilst it’s true that there are around 350 different types, it’s a little-known fact that each shape and style is best suited to specific types of Italian cuisine.

Spaghetti is arguably the most popular pasta in the world. We all have childhood memories of mom’s spaghetti. This thin, cylindrical pasta consists of long, thin noodles which can be paired with a wide variety of sauces. Spaghetti Bolognese is a household staple and is made by paring spaghetti with meat in a marinara sauce. Spaghetti is very versatile and goes great with both meat and vegetable dishes or even just roasted garlic and olive oil.

Contrary to popular belief, lasagne is the name of the thin sheets of pasta that make up a dish, rather than the dish itself. Lasagne is used in oven-baked dishes with the most well-known dish being lasagne al forno, which likely comprises of a beef or pork ragu, layered between layers of lasagne and béchamel sauce, topped with cheese. In recent years home chefs have substituted the traditional filling with everything from mushrooms and black beans to salmon and spinach.

Ravioli are pillow-shaped squares of dough that can pretty much do anything. They can be filled with meat, cheese, seafood, or veggies. They are boiled until the dough and filling are cooked. The filling is usually meat but can also be, vegetables, cheeses, or fish. Ravioli can be served alone with light sauces based on butter and sage, tomato, cheese, or cream, or in a rich meat broth. Ravioli are commonly square, though other forms are also used, including circular and semi-circular.

Linguine is considered as the flatter and more luxurious cousin of spaghetti. It originated in the Liguria region of northern Italy and is made from flour, Semolina, eggs, salt, oil, and water. The extra surface area means that it is perfect for pairing with lighter textures, like cream-based sauces or seafood. Linguine is incredibly versatile and can generally be used with thin sauces due it being wider and having more surface area than spaghetti.

Another popular shape, penne has a round, tube-like structure, with diagonal cuts at either end. Penne is an extruded type of pasta with cylinder-shaped pieces, their ends cut at a bias. For this reason, Penne is best served in dishes that have a relatively thick, creamy sauce as it penetrates the tube and holds the sauce well, such as Penne Arrabbiata. This is also the best type of pasta to use in pasta bake dishes. The shape is also what gives it the name penne, which comes from the Italian word for “quill.” There are generally two variations of penne: smooth (lisce) and ridged.

If you’re looking for the best pasta dishes in Boca Raton, look no further than Cannoli Kitchen. We have a variety of freshly made pasta dishes that rival those of any Italian Nonna. Visit us today and try our many pasta dishes and pick up some of the best cannolis in Boca Raton while you’re here. Contact us here or call 561-338-2929 today to order.